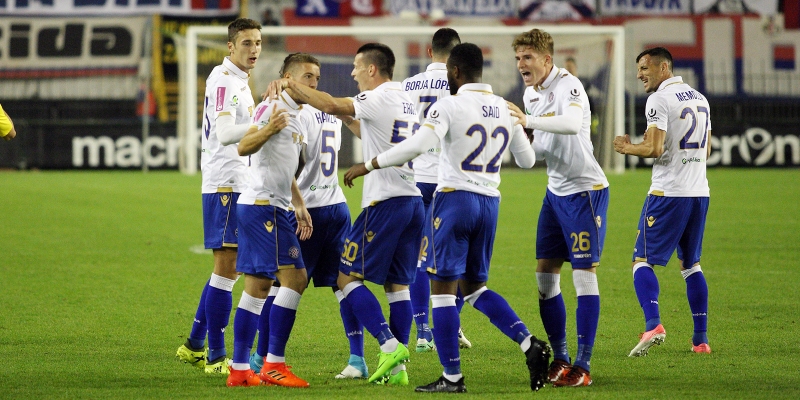 In the 11th round of HT First Division, Hajduk hosted Inter from Zapresic and won 2:0. Hajduk started the game in the right way, coach Carrillo's squad fully focused on attacking and creating goal chances, which resulted in an early goal that Josip Radosevic scored in the 9th minute already for 1:0 lead, which result didn't change until the second half, when Ante Erceg scored for 2:0 in the 59th minute, on the assist of Hamza Barry. In the last minutes of the match, captain Zoran Nizic was sent off, after he was shown the second yellow card for a foul in the 88th minute, for which he was sent off. Captain Nizic will thus miss the next game against Cibalia, which will also be played at Poljud after the international break, on October 15, kick - off 19:00.